Originally built in 1810 as a private residence, the property has been in the hands of only five families for more than 200 years! Lovingly cared for, maintained, and restored, the images below highlight the Inn then and now.

The colonial home was built for Mr. Wood in 1810. Mr. Wood had an unusual request of his builder . . . closets. He wanted closets throughout the home, despite the fact that they were taxed as rooms. The closets in the two front guest rooms even include a bureau! Closets and interesting built-in cabinets are also found in the common rooms.

The property later became known as the Hunt-Locke House, named after Simon Hunt, who came to Camden Maine in 1806 as a manufacturer of harnesses and saddles. He purchased the house around 1818, and the home stayed in his family for almost 100 years!

Simon's only daughter, Hannah Rogers Hunt Locke, lived in the house from the time she was born in 1833 until the time she died, 96 years later, in 1929.

The Swift Family Moves In 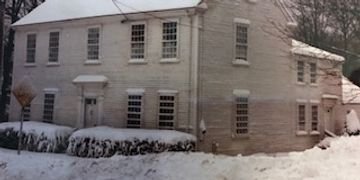 Capt. Frank Swift and his wife Mary then purchased the home and owned it for 20 years. They kept it much as it was, with the original molding; pumpkin pine flooring, and bee-hive oven still in place. While living here, Captain Swift started Maine Windjammer Cruises, repurposing old cargo schooners and using them for passenger travel. He is credited with being the founder of Maine's Windjammer tourism industry. His company is still in business today and two of his ships still sail out of Camden.

To know more about Captain Frank Swift, click the link below. 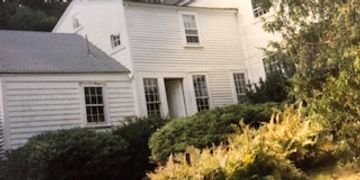 This is a view of the back of the house owned by the Swift Family. The back rooms opened to a patio and garden.  Pay close attention to this area as this is the new dining deck off the side of the Inn today.

The house was willed to Mary in 1978, after Captain Frank passed away and she lived there for another 11 years until she died in August 1989. 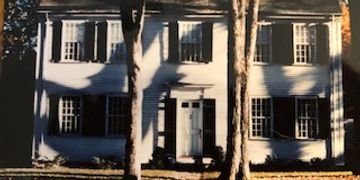 Slight changes to the exterior can be noted in this image over the years that the home was owned by the Swifts.

In 1989 the estate went to Captain Swift's children by a previous marriage, who ultimately sold it in 1993 to Mr. and Mrs. Tom Filips, who turned it into a bed and breakfast.

After returning from a Windjamming vacation, The Filips decided to settle in Camden with the hopes of owning a bed and breakfast. They purchased the Hunt-Locke House and after their renovations opened it as a bed and breakfast, naming it The Captain Swift Inn in honor of Frank Swift.

The Inn As It Was

The Inn, while owned by the Henthorns from 2004 - 2017, went through a major expansion, which included renovating the existing two-room owner's suite into two Inn guestrooms; the creation of two loft luxury suites; a large two-story owners' quarters and an employee room in the rear of the property.

Primary Entrance To The Inn 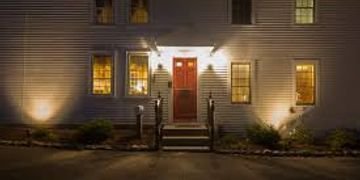 The side door became the primary entrance for guest use when owned by the former Innkeepers. The front door was not in use, and the ramp door was only used for entrance into one of the guestrooms.

Today, this is no longer the case, as all exterior doors are used to welcome guests! 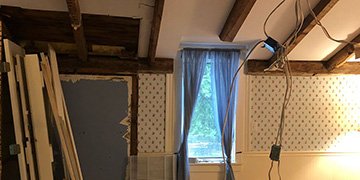 In May 2018, The Bentzingers purchased the property. It had been closed for 8 months and bank-owned and there was no business to purchase - just a building in need of renovation to establish it as a luxury lodging option for guests visiting Camden. 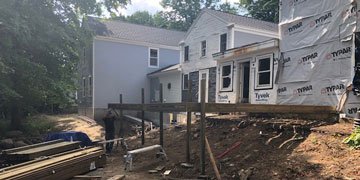 Not an interior or exterior space was spared in their renovation. Fire and safety enhancements; electrical and plumbing improvements, new fireplaces, totally updated bathrooms, featuring spa showers and whirlpool tubs, new decks, patios, and a stone fire pit. new furnishings, and more!  Take a look at the renovation gallery to appreciate the extent of the 12-month total restoration and renovation of this property. 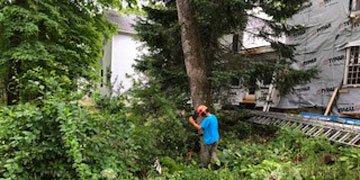 One side of the property was so thick with tree and flora growth that not only was it extending to the building but it prevented the sunlight which resulted in dampness, mold, and rotted clapboard.  We removed the clapboard; repaired the frame where needed and then after clearing and leveling the area, created a large dining deck. 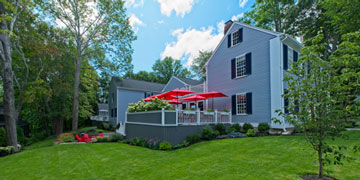 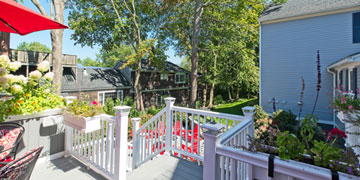 The new dining deck, located off the Inn's dining room, offers alfresco dining, weather permitting. Both breakfast and cocktails, along with complimentary cheese plates are served on the deck for guest enjoyment. 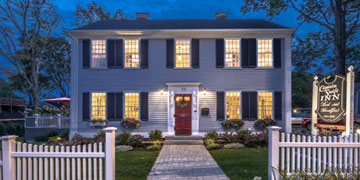 After purchasing the property in May of 2018 and completing our 12-month renovation, the Inn is complete and ready to welcome guests. 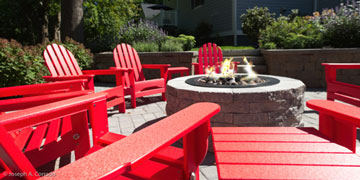 The new stone patio, complete with a fire pit, is a great place for guests to relax and unwind and enjoy a cocktail from our bar. Some guests sip their first cup of coffee here during the warmer months! 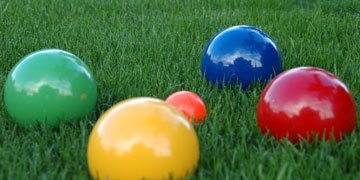 Try your hand at a game of Bocce Ball or Corn Hole, or just relax outside and enjoy!

Outside Spaces to Enjoy 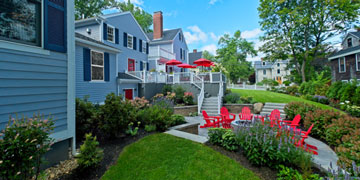 Working with a landscape designer, we've created flowering gardens for guests to enjoy; watching the butterflies visit while smelling the sweet smell of lilacs. 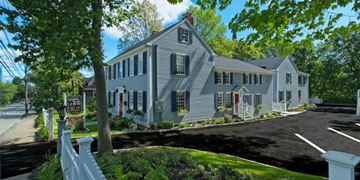 Today, all three exterior doors welcome guests into the Inn.  Guests most often use the ramp door to enter the Inn, but the original side door is still used by some! And the front door is perfect when going to or coming back from the Village! Guests enjoy free on-site parking while staying at the Inn. 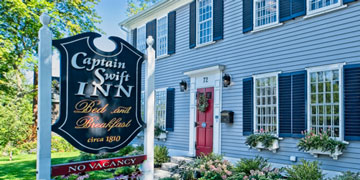 We are ideally located to walk to the village where you'll find one of Maine's most picturesque harbors; unique shops and varied restaurants. Camden Hills State Park is a mile from the Inn and offers hours of interesting hiking trails.  And in the Winter, The Camden Snowbowl offers skiing, snowboarding, snowshoeing, and tobogganing.  It is never too early to book your stay at the Inn!